The use of newer inhaled corticosteroids for patients (including children) for one year has also reduced the risk of hospitalization by 50%, the number of outpatient visits by 26%, and monthly health care costs by 24% per patient. Additionally, because of the treatments and medicine researched and developed by the pharmaceutical industry, early detection and better treatments have increased overall 5-year cancer survival rates by 36% since the late 1970s. Moreover, life expectancy for people with cancer increased 3 years between 1980 and 2000, and 86% of that gain is attributed to better treatment, including medicines. 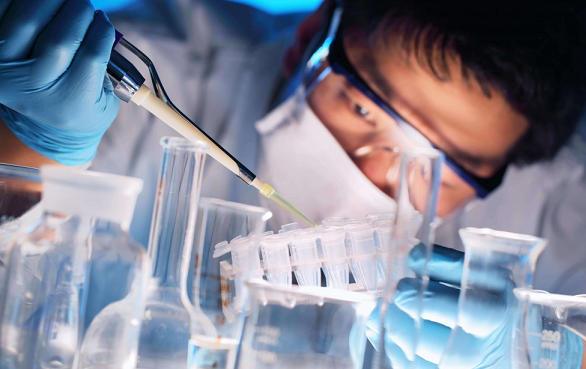 Despite the significant gains in health care and quality of living individuals have experienced over the past several decades because of the treatments and drugs created by industry (in collaboration with academia and government), a recent article in The Atlantic conveniently disregards the above data in favor of the “triumph of new-age medicine,” also known as “alternative medicine.”

Specifically, the article asserts that the medical community is growing more open to alternative medicine’s possibilities in large part because “mainstream medicine is failing.” But is it failing? Based on the statistics above, this point is extremely misguided and problematic.

The article focuses on Brian Wilson, a physician who is in charge of The Center for Integrative Medicine at the University of Maryland Medical Center in downtown Baltimore. His clinic is focused on alternative medicine, sometimes known as “complementary” or “holistic” medicine.

The term integrative medicine refers to the conjunction of these practices with mainstream medical care. Interestingly, Wilson’s clinic is “hardly unique,” and in recent years, the U.S. has seen about 43 clinics spring up at major academic medical institutions including Harvard, Yale, Duke, the University of California at San Francisco, and the Mayo Clinic.

While there is no official list of what alternative medicine actually comprises, treatments falling under the umbrella typically include acupuncture, homeopathy (the administration of a glass of water supposedly containing the undetectable remnants of various semi-toxic substances), chiropractic, herbal medicine, Reiki (“laying on of hands,” or “energy therapy”), meditation (now often called “mindfulness”), massage, aromatherapy, hypnosis, Ayurveda (a traditional medical practice originating in India), and several other treatments not normally prescribed by mainstream doctors.

Alternative-medicine experiences can vary widely. Here it’s emphasized that it can include a long initial meeting covering many details of the patient’s history; a calming atmosphere; an extensive discussion of how to improve diet and exercise; a strong focus on reducing everyday stress; an explanation of how the treatment will unleash the body’s ability to heal itself; assurance that over time the treatment will help both the problem that prompted the visit and also general health; gentle physical contact; and the establishment of frequent follow-up visits.

To some however, such as Steven Sanders, a prominent biology researcher at the University of Maryland at College Park, alternative medicine is merely “cleverly marketed, dangerous quackery.” He asserted that, “these clinics throw together a little homeopathy, a little meditation, a little voodoo, and then they add in a little accepted medicine and call it integrative medicine, so there’s less criticism.”

In addition, medical centers are lining up to establish research clinics so that they can take NIH funding for alternative-medicine studies. Aggressive marketing of these clinics can also generate substantial patient demand (even a small integrative clinic can take in several million dollars a year).

Contrary to this approach, Sanders asserted that there is only “one type of medicine, and that’s medicine whose treatments have been proven to work.” And he pointed out that alternative medicine has not been proven to work, and proponents of the practice will not admit it because “they are making too much money on it.”

Sanders also pointed out that the successful claims of alternative medicine are misguided because subjective symptoms like pain and discomfort are susceptible to the power of suggestion. These same symptoms also tend to be cyclical, meaning that people who see a practitioner when their symptoms flare up are likely to see the symptoms moderate, no matter what the practitioner does or doesn’t do. Patients simply misattribute the improvement to the treatment.

Consequently, Sanders noted that the biggest danger of alternative medicine is that patients who see alternative practitioners will stop getting mainstream care altogether. He noted that, “the more time they spend getting fraudulent treatments, the less time they’ll spend getting treatments that work and that could save their lives.”

The scientific literature is replete with careful studies that show, again and again, that virtually all of the core treatments plied by alternative practitioners, including homeopathy, acupuncture, chiropractic, and others, help patients no more than do “sham” treatments designed to fool patients into thinking they’re getting the treatment when they’re really not.

About 42 percent of Americans have tried some form of alternative medicine at some point, and some $34 billion a year is spent on it. A certain amount of abuse seems like a given. Nonetheless, says Sanders, the bottom line is that studies clearly show alternative medicine simply does not work. And at first glance, that contention seems nearly incontrovertible.

The medical infrastructure we have today was designed with infectious agents in mind. Physician training and practices, hospitals, the pharmaceutical industry, and health insurance all were built around the model of running tests on sick patients to determine which drug or surgical procedure would best deal with some discrete offending agent. The system works very well for that original purpose, against even the most challenging of these agents—as the taming of the AIDS virus attests.

In contrast to alternative medicine, “modern medicine was formed around successes in fighting infectious disease,” says Elizabeth Blackburn, a biologist at the University of California at San Francisco and a Nobel laureate. “Infectious agents were the big sources of disease and mortality, up until the last century. We could find out what the agent was in a sick patient and attack the agent medically.” 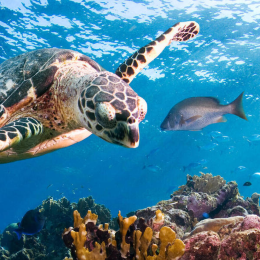